Black History Month seems like an understatement to commemorate all the African American community has accomplished. Behind this date, there is much more. There is a struggle, there is humanity, and there is the achievement of rights and moments that will always remain in the world’s memory. 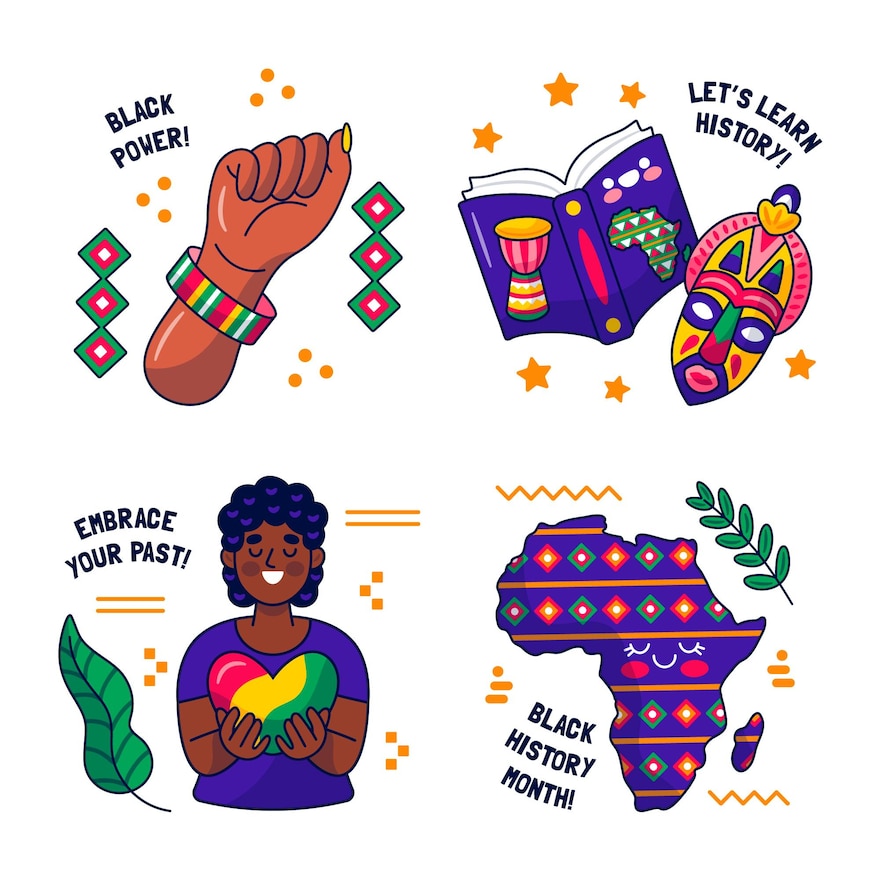 It was D. Carter G. Woodson who, back in 1926, called for the celebration of the first Black History Week in the United States. He was a scholar who spent his life researching the history of his community and educating his people on the achievements that had been made until that moment. His goal was that no one would forget the power they had in their hands to move forward in a racist and slave-owning country.

Later, in 1976, President Ford extended this celebration to a month and made it coincide with February, the month of the birth of Frederick Douglas and Abraham Lincoln, who fought so hard for African-American rights.

Today, the White House defines it as “a celebration and a powerful reminder that black history is American history.”

From Martin Luther King Jr., the greatest exponent of the struggle for the rights of the African-American community, to the Black Lives Matter movement, which began in 2013 and reached its top moment in 2020 after the death of George Floyd, the struggle has been tireless. And this is the month in which we all, regardless of race and color, rise up to celebrate what has been achieved and achieve that Thomas Jefferson’s phrase that “all men are created equal,” is finally accepted by all.

Here are some tips for creating the most appropriate designs for Black History Month; remember that you can find much more information in our calendar! 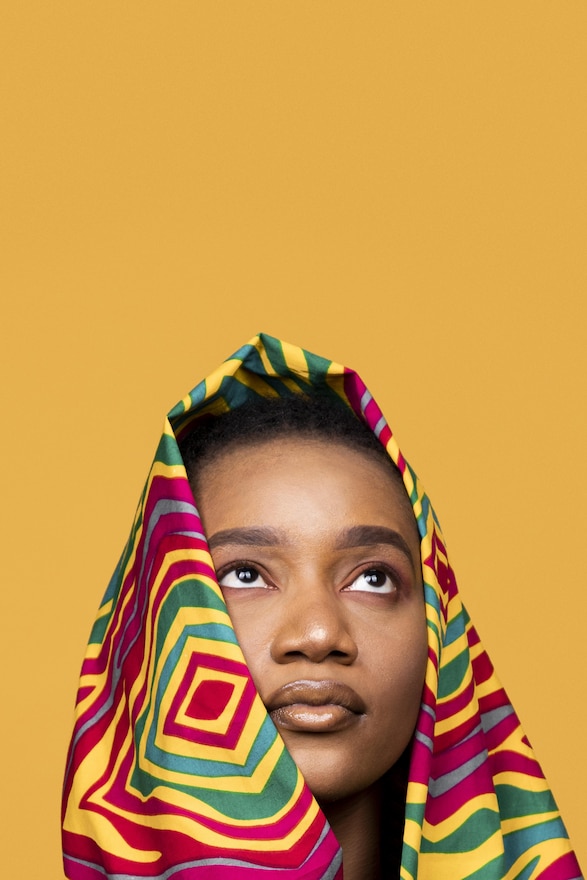 The flag of the community is the one that marks the colors that will reign over all the others during this month. Colors that remind us of the earth, warm and humanity take this celebration further and further.

Imperial red: to remember the blood shed for the liberation of the black community.
Bottle Green: nature, precisely that of the lands of Africa.
Marigold: yellow is the color of positivity but also of the well-being taken away from the African-American people.
Wheat: the color of the cereal that is found all over the fertile lands of Africa.
Brandy: it is the standard color that represents the skin, and we can see it used above all in the raised fists claiming the struggle.

Known as the Pan-African flag or black liberation flag, has its origin on August 13, 1920, in response to the famous song of 1900 which stated that “all races have a flag except the black.”

The colors, as we have already commented, represent blood red, and green nature, and this time we incorporate black as the color common to the race.

In addition to seeing it on Black History Month, it is common to do so on January 18, the official Martin Luther King Jr. day, so you can use it in your designs for both holidays. 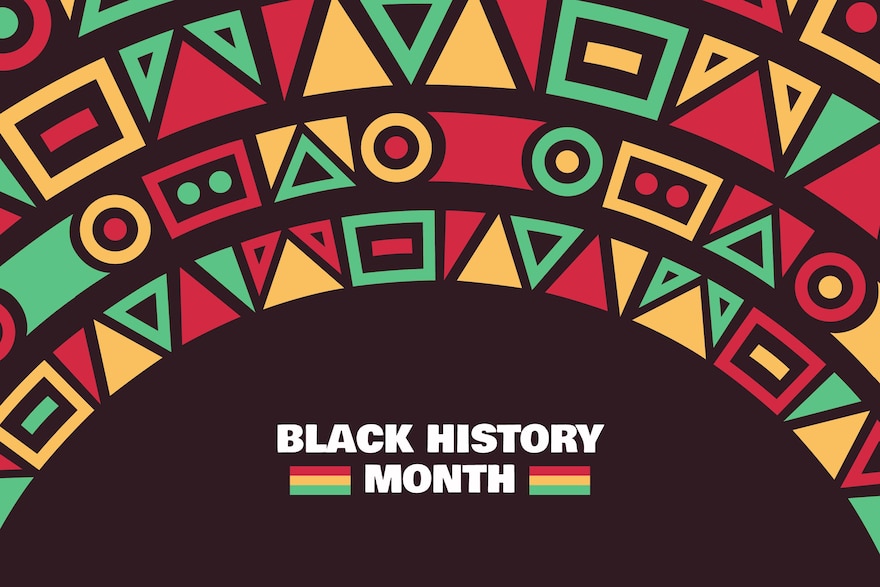 The black fist is a symbol that has been used in recent years for all those demonstrations and events “Black Power”, however since 2020 has gained even more strength since the murder of George Floyd.

At that time all the networks were filled with black posts and raised fists to support a cause as painful as unjust. That is why the fist has become the most recognized symbol and something that can not miss in your designs. Sometimes, in addition to the images, it is also the words that touch the heart.
Here are the names of some of the people who have touched us with their words about the African-American community and its history.

Martin Luther King: “I am not black, I am a man”.
Malcolm X: “You can’t separate peace from freedom, because no one can be at peace unless he has his freedom.”
Thurgood Marshall: “Sometimes history takes things into its own hands.”
Alicia Garza: “We need to love ourselves and fight for a world where black lives matter”
Barack Obama: “If one part of the American community doesn’t feel welcome or treated fairly, that’s something that puts us all at risk” 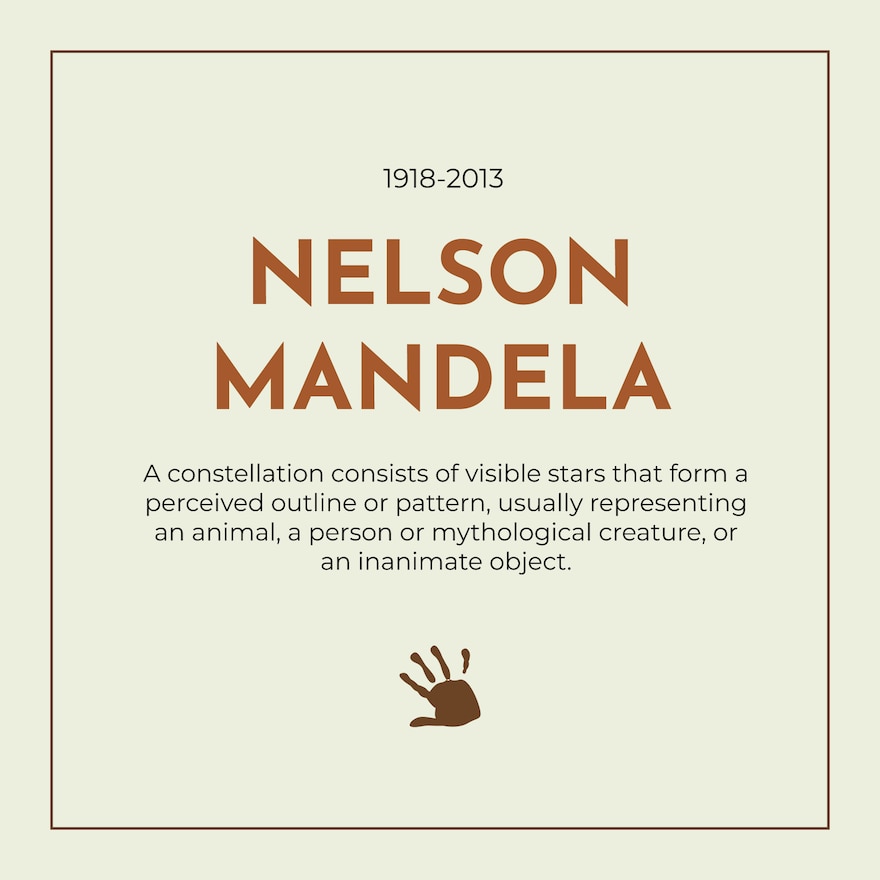 These are just a few examples, but you can surprise us with your favorites.
We look forward to seeing you in this special month.

GO TO MY DASHBOARD

How to retouch a photo by Alberto Ruiz